The relationship between chemical composition and physical properties of bitumen

The relationship between chemical composition and physical properties of bitumen 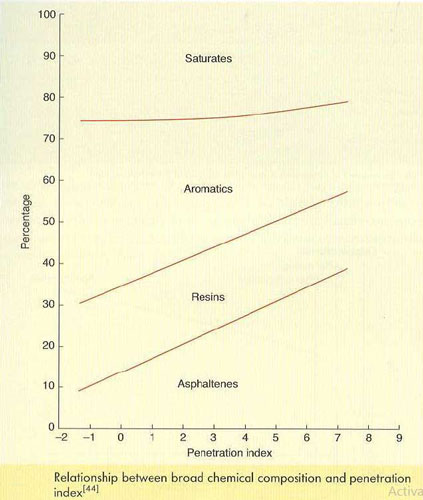 Without You I obtained the following table of chemical compounds by distillation and blown bitumen compared with each other. The product is prepared from the same feed.

asphalt and mineral granules. The results in Figure aging index (the ratio of the viscosity of the bitumen viscosity of bitumen recovered to the original at 25 ° C) and chemical composition are shown. The major change in viscosity by mixing and associated deposition process. Binder viscosity changes over time is small. For chemical composition, the amount of asphaltene by mixing increases and a gradual increase over time shows. The amount of resins and aromatic compounds decreases over time. However, little change is expected to saturates the increase observed probably due to gas leakage from fuel vehicles on the road is dumped. Although the initial pore content (initial void contents) mixtures studied is relatively high (5 to 8 percent) overall changes after mixing is too small. Examples of bitumen recovered from 3 mm over the cores extracted from a test range at high service temperature is obtained. 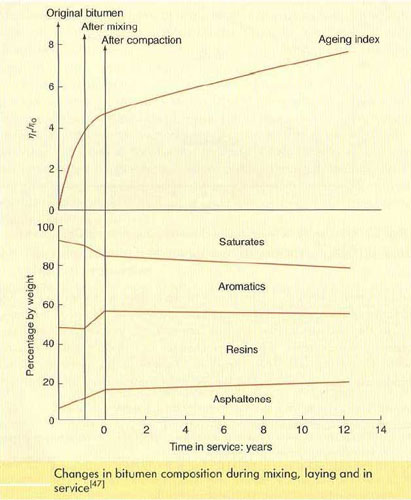 so do not be generally described bitumen based on chemical composition and determine the concentration of individual components such as the minimum amount of asphaltene that communication is minimal.