Stiffness and creep behavior of a single road binder should ideally be served at all temperatures. Multigrade bitumen created for this purpose and influence of the bitumen less sensitive to temperature.

In mid-1980 the company suffered from loose a multigrade bitumen called multi Follett (Multiphalte) announced that are produced by special refining process.

Figure 5.13 shows the concept of bitumen Multi plateau. This form of modules (modulus) of bitumen at a temperature of 10 ° C full four shows. High frequency or low temperature toughness multi-fault in the range of less than tar influence of the same degree and in the low-frequency or high-temperature multi Follett further modules of bitumen influence. These results clearly show that bitumen multi-plateau until his behavior at low temperatures to preserve the rutting resistance are better than penetration bitumen.

Numerous laboratory studies on Qyrha and multigrade asphalt in order to predict its performance on the road and rutting resistance and failures it is done at low temperatures. More experiments deformation resistance multigrade bitumen wheel-track test in the LCPC (French Laboratoires Central des Ponts et Chaussees) is done. The test is steadily rut depth caused by the wheels to measure the temperatures of 60 ° C. The multi-fault deformation 5/14 35/50, 35/50 Multi Follett HM and bitumen influence in this test show. The binder multi-fault deformation after 30,000 rounds for more than half. 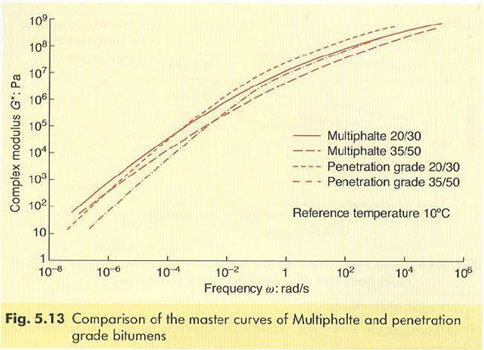 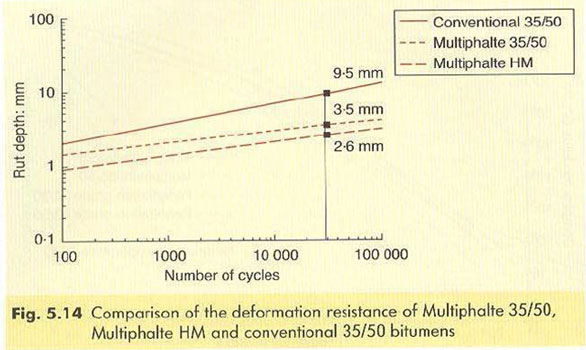