What materials are used bitumen and polymer industry?

What materials are used bitumen and polymer industry?

Polymers are formed from the union of smaller units called monomers. For example, the polymerization of monomers ethylene, polyethylene is created when a repeating unit of ethylene. Natural polymers and synthetic polymers is divided into two types. Natural polymers, such as gums, proteins, polysaccharides and synthetic polymers such as plastics (plastic thermoforming and thermosetting), rubber, fibers, adhesives and coatings. 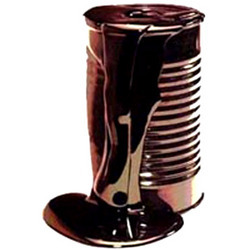 What is polymer modified bitumen properties suitable for?

Among the variety of thermoplastic polymers, polymer waterproofing water insulation manufacturers to modify the properties of bitumen used because these polymers have the potential to be forming again. The most important thermoplastics polyethylene, polypropylene, polystyrene and polyvinyl chloride are. Polyethylene can refine bitumen softening point and penetration bitumen blown in place and some of the moisture needed for insulation.

Mixture of bitumen and bitumen mixture and Ataktyk olefins such as polypropylene, thermoplastic rubber asphalt mixture behaves differently than the show itself. Ataktyk amorphous nature of its poor rubber, polypropylene and property caused high softening point and excellent resistance to the flow of the mixture. This mixture is good flexibility also at low temperatures. In general, by increasing the composition of polypropylene Ataktyk bitumen properties are improved. However, the correct choice of materials used in the manufacture of compound values ​​is also important from an economic standpoint and also minimize future problems can be insulated.

Method of preparation of a mixture of bitumen and polymer

More polymer can be easily and quickly in bitumen at high temperatures brought by a conventional mixer. If the polymer increases the viscosity of the bitumen used to be more sophisticated tool used for the mixing of bitumen and polymer. If you used several different polymers with low melting point polymer in bitumen must first be added to the mixer for materials with higher melting points are more liquid than that.